skip to main | skip to sidebar

I took this photo in the eastern Sierras, off Highway 395, at the Owens Gorge Road. I love those mailboxes and every time we travel to the Sierras, we drive by them just to see them! 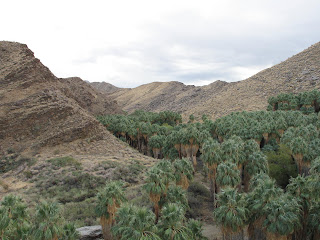 If you take Highway 111 in Palm Springs, CA out to where it curves around and then heads out toward Indio and Palm Desert, you can drive out to the Indian canyons. There are three canyons there: Palm Canyon, Murray Canyon, and Andreas Canyon. Hubby and I drove out to Palm Canyon on Thanksgiving Day and were rewarded with this view from the parking lot. This canyon extends 15 miles up to the Cahuilla Indians' oak groves up on Highway 74.
Posted by Cheryl Ann at 5:10 AM 4 comments: 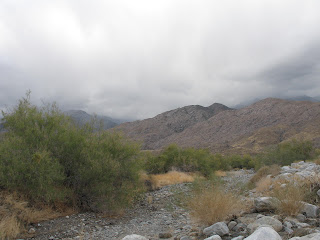 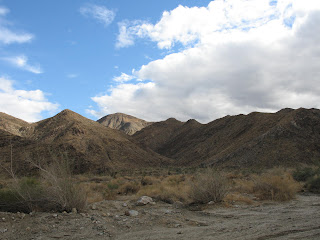 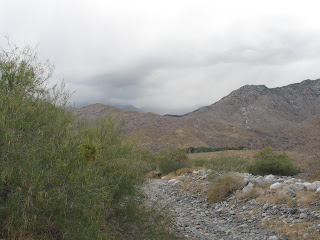 When we have a snowy or cloudy or rainy day here in the desert, it is an excellent opportunity to get out and take some photos. The rain washes away any "haze" (pollution) and the desert plants give off wonderful odors! The contrast of sky and clouds is amazing! I took these pics on our way out to the Indian canyons at the end of Palm Canyon Drive (Highway 111) in Palm Springs on Thanksgiving Day. It was snowing at the top of the San Jacinto mountains and it was sprinkling a bit on the valley floor, but it was a great day to get outside.
Posted by Cheryl Ann at 4:15 AM No comments: 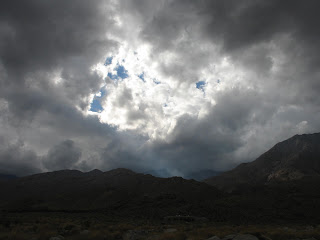 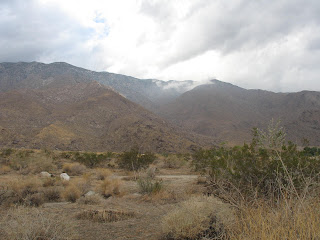 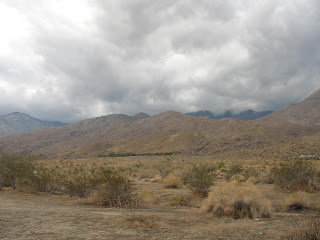 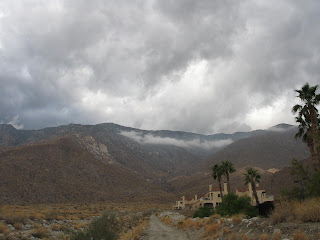 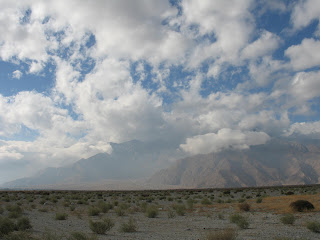 If you drive out to the curve of Palm Canyon Drive and go toward the Indian canyons, a whole new world opens up. I forgot that hubby and I actually did visit the Indian canyons once when we were first married, about 33 years ago! He used to hang out in them during his high school days, when there were no entrance kiosks and you didn't have to pay to enter the canyons. Now there is a booth where you pay $8.00 per adult and the canyons close at 5:00 p.m. daily. But, they are open every day of the year and when we got the turkey in the oven, we drove out to see the canyons yesterday. There are several canyons there: Palm Canyon, Murry Canyon, and Andreas Canyon. We didn't go to Murray Canyon, but we did walk down the trail to Palm Canyon. I haven't uploaded my photos yet, but I did take these on Wednesday, when I stopped by for a few minutes. The clouds were moving quickly across the sky and the sunlight was peeking out from behind the clouds.
Posted by Cheryl Ann at 5:26 AM 1 comment:

Thank you so much for stopping by today, Thanksgiving Day, 2008! I hope each and every one of you has a great day with family and friends!

We are spending the day in Palm Springs, CA with our daughter, son, future daughter-in-law, future son-in-law, his parents, and his two brothers! 10 people in all. It will be our daughter's turn to cook the turkey (a first!). I am thankful that we are all here to celebrate this holiday together and bring our two families together.

I want to tell you about Chris. Chris is 27 years old, an Iraqi war veteran. He enlisted in the Army. When his unit unfortunately activated an IED, several of his buddies were killed. Chris was wounded, sent to the hospital with a leg wound, and sent back into battle the next day. Another IED exploded. Two more of his buddies were killed. Chris lost an eye because shrapnel went through his goggles. He was sent home. He is strangly quiet a lot of the time, but I did see a few glimpses of humor when I met him yesterday. He also has 4 stars of his arm and numerous other tattoos. I asked my daughter what the 4 stars were for. She replied, "Those are for his buddies who died in the explosions. That's how he remembers them." I was unusually quite while I digested that news. He is also the recipient of two Purple Hearts for saving other members of his squad. 27 years old and to have been through so much... I am thankful that Chris is here with us today to celebrate Thanksgiving and I'm thankful for all the other young men and women who have put their lives in harms' way to protect our country. May God bless them all.

Posted by Cheryl Ann at 3:59 AM No comments: 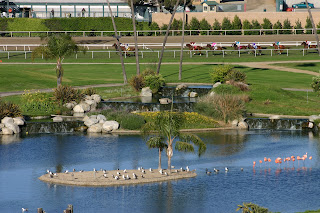 Back in the time when hubby and I used to go to Hollywood Park race track, I took this photo of the ponds in the infield. HP maintains their ponds and flowers. I always worried about the birds that flew into the ponds, but apparently the horses get used to them!
Posted by Cheryl Ann at 5:14 AM 10 comments: 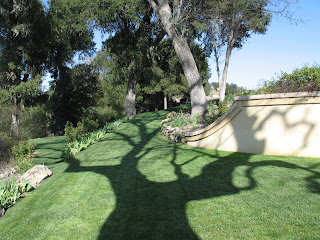 During our trip to Paso Robles two years ago, we stopped at Norman Vineyards. It was a lot of fun and the people there were very friendly! We tried some of their wines and brought some home. We love their "Monster Zin" and the Norman Conquest. I saw the shadow that this tree on their patio made and I liked the way it looked, so while everybody else was still enjoying sipping their wines, I slipped outside for a stroll around their tasting room.
Posted by Cheryl Ann at 5:39 AM 8 comments: 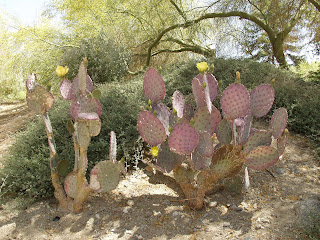 This picture was taken at the Living Desert Reserve one spring. Can you see the blossoms on the cactus?
Posted by Cheryl Ann at 9:47 AM 1 comment: 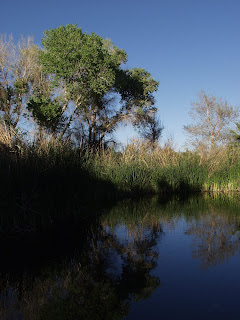 Even the desert has ponds, usually called an oasis. This pond is at the Living Desert Reserve in Palm Desert, CA. I used to love to go there and just sit and smell their pond (and watch the ducks)! It was very relaxing.
Posted by Cheryl Ann at 6:27 PM 5 comments: 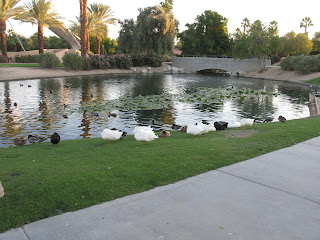 My local park on an early morning, about 6:30 a.m. Even the ducks were still asleep! For other photos, check out That's My World Tuesday at
http://showyourworld.blogspot.com/
Posted by Cheryl Ann at 1:06 AM 7 comments: 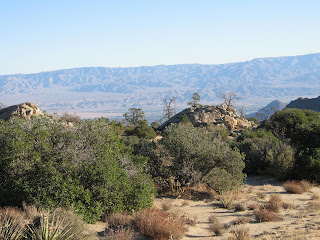 When I drove up the hill this morning to visit the horses, I pulled off and went out a dirt road that had several homes on it. I haven't been on this particular road for over 15 years, when my friend Barbara used to live on it. It was a cool, crisp, clear morning and from this point, I was looking down into the Coachella Valley. The Santa Ana winds cleared out all haze and dust from the valley below and it was a beautiful view. For more terrific views, please stop by:
http://scenicsunday.blogspot.com/2008/11/scenic-sunday-18.html
Posted by Cheryl Ann at 11:58 AM 11 comments: 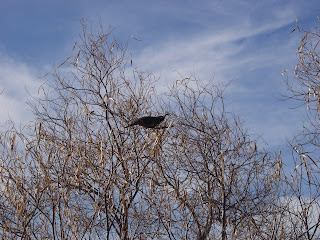 Quail! We found this little quail in a tree at the Living Desert Reserve in Palm Desert, CA several years ago. We used to have quail in our neighborhood 30 years ago. Just a couple of years ago, there actually was one pair that were STILL in our area! They have moved away due to all the housing developments, but up at the LDR and in the mountains, they are plentiful. This is one of the few photos I actually have of one of our desert quail!
Posted by Cheryl Ann at 1:18 AM 4 comments: 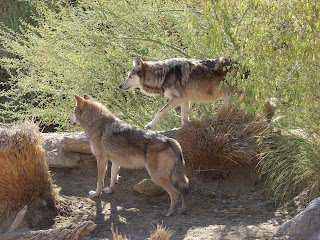 I have always loved wolves. Well, next to horses, that is. Horses were ALWAYS my first love, but wolves came next. Interesting huh? A prey species and a hunter/killer species. Hmmm....Before I had my first horse, my students shared my interest in Mexican wolves. California doesn't have any wolves any longer (they are all extinct, like the Grizzly bear on our flag), but Arizona is home to the wolf release program and the Living Desert participates in this release area. Hubby and I were fortunate, several years ago, to spend a week up in the Mogollon Rim and one day we drove out to the wolf release area in Arizona. We followed a dirt road and found signs that indicated this, indeed, was the correct area. I scouted the low lying rocks, but of course, saw NOTHING. But, I'm glad we did visit it.
So, after that, I became quite interested in the Mexican wolves at the Living Desert. I would stop by after school to observe them (always with camera in hand). I'd heard that they would howl when firetrucks went by, so I'd sit by their enclosure (just in case a fire truck or ambulance was in the neighborhood), but I never heard them howl. My class became "The Wolf Pack" and when they visited the LDR, they asked ALL kinds of questions about the Mexican wolves. I became quite attached to Cisco, the male Mexican wolf. I was saddened to hear of his passing a couple of years ago. I don't visit the Living Desert much now (I'm still a member), but with 5 horses to train....
Anyway, I was fortunate one visit to see Cisco and another wolf. Usually the wolves are sacked out, sleeping in the afternoon, but I believe this was one morning when the LDR had just released them (yes...I used to get there right at "wolf release time"!) on Saturdays!
So, enjoy Cisco's photo. Wasn't he beautiful?
To enjoy more animal photos, be sure to visit Camera Critters@
http://camera-critters.blogspot.com/
Posted by Cheryl Ann at 7:14 PM 1 comment: 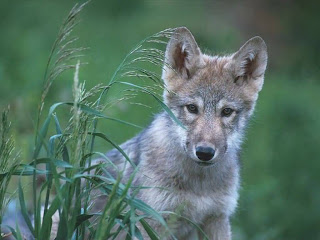 I haven't posted a political post yet, BUT...
This is just OUTRAGEOUS! The purposeful murder of a wolf pack and its pups is abhorent. There are places that would have taken the pups and raised them and re-released them. This is just MURDER and I am OUTRAGED! Please, if you have any compassion for wild wolves, go to this website and sign the petition!
http://www.thepetitionsite.com/takeaction/968322162?z00m=16757164

My thanks to this website for their wolf pup photo:
http://www.firstpeople.us/pictures/wolves/1024x768/Gray-Wolf-Pup-Quebec-1024x768.html
Posted by Cheryl Ann at 4:58 AM 1 comment: 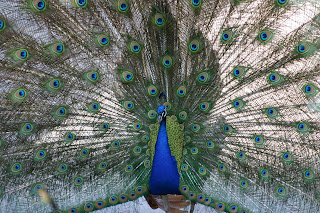 I grew up in Arcadia, CA, which is home of the LA County Arboretum. My parents' house was only 1 block away from the arboretum, in "The Rancho" area. We were one of the areas inhabited by the arboretum's peacocks. Everybody thought they were a nuisance, but I always loved them! To this day, if I hear a peacock, I think of my family home. Many ranches do have peacocks. They are great watchdogs! This handsome fellow was at the arboretum in 2005 when hubby and I went back for a visit. Isn't he gorgeous? If you want to see more beautiful photos, please visit ABC Wednesday at http://abcwednesdayround3.blogspot.com/
Posted by Cheryl Ann at 8:14 PM 6 comments: 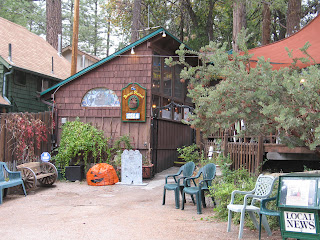 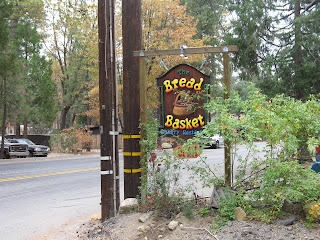 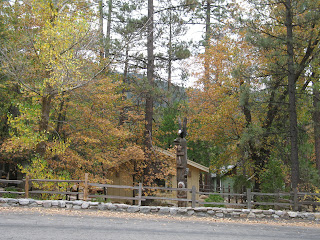 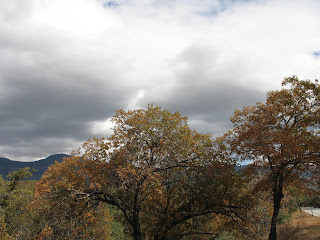 The little town of Idyllwild, CA is always decorated so pretty for Halloween! Hubby and I decided to visit it yesterday afternoon and grab some lunch. It is located 10,834 feet above sea level, on the second highest mountain range in Southern California. Mt. San Jacinto was formed not from a volcano, but from the pressure of two earthquake faults moving against each other. I was actually up there once during a fairly sizeable earthquake (many years ago) and I could hear the rumble coming before I felt the earthquake. Believe me, when you are up 10,000 on solid granite, you can HEAR earthquakes coming before they hit. And, when it hit, instead of the usual soft movement of sand, it was a sharp JOLT of granite! Anyway, we enjoyed our lunch and the pretty scenery!
Posted by Cheryl Ann at 6:36 AM 5 comments: 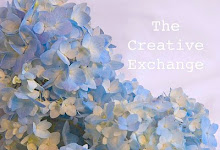 Yes, any photo is available for purchase! I can print them on 4x6 or 8x10 photo paper. Just send me an email! deserthorses5@gmail.com 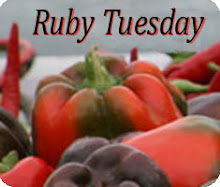 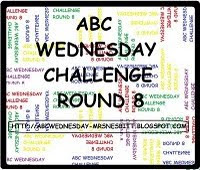 Have a comment or suggestion? Email me at: deserthorses5@gmail.com

My other blogs! Come visit!

my sand to sea to mountains wordle

Got a question? Have a suggestion? Email me at
deserthorses5@gmail.com

Cheryl Ann
I've loved horses all my life but didn't get my first one until our kids left us with an empty nest! Now hubby and I have 4 horses, 1 dog, 3 cats, and 4 adorable grandchildren. Oh, and two wonderful, grown children! Hubby and I enjoy taking care of our rescue horses and traveling and taking photos.